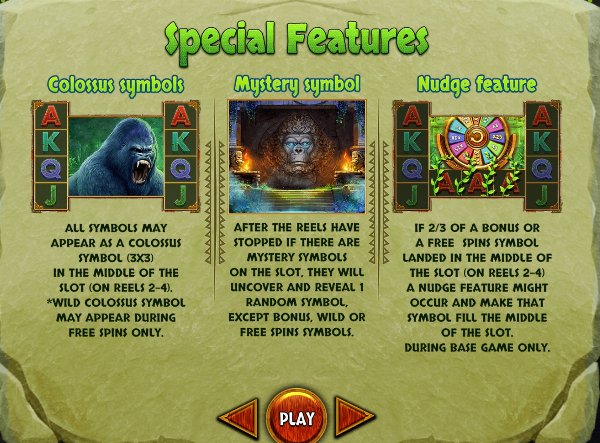 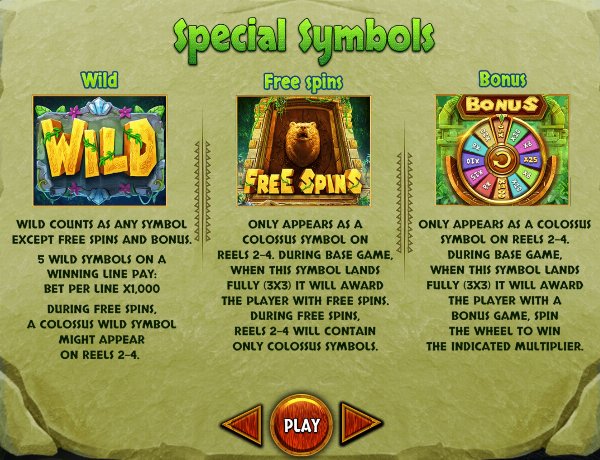 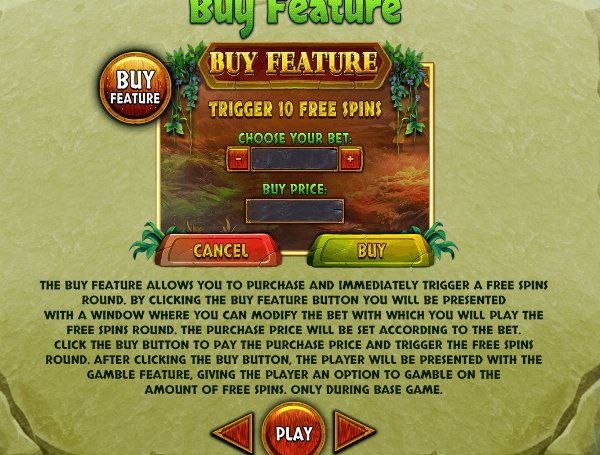 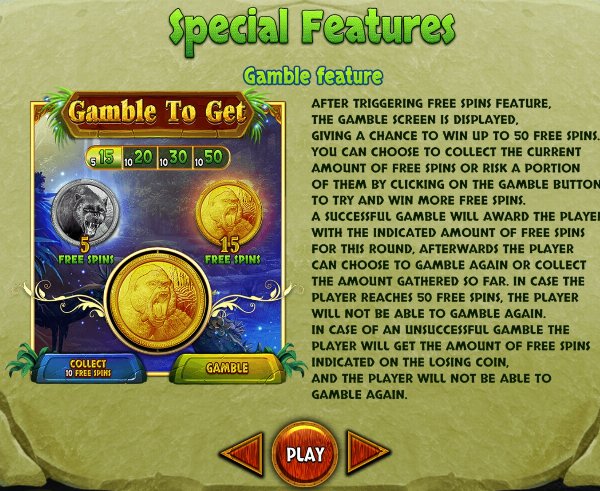 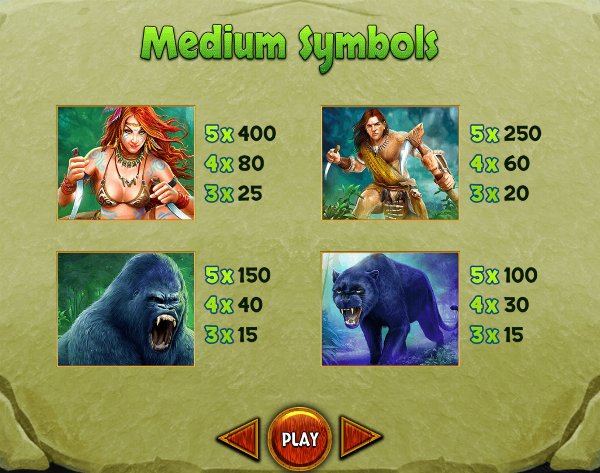 The Magical Amazon slots game can be found at casinos offering Spinomenal software. Spinomenal is one of the newer software developers in the online gaming market. Alongside many of the smaller casino software providers Spinomenal focus heavily on slots games. The House Edge/RTP of the Spinomenal slots games is listed within the paytable for the newer games in their catalogue. For the older games, as Spinomenal is partnered with UK licensed operators and the UKGC license requires the publication of this information, RTP figures can be found on numerous casino sites. As such, we know that the house edge for Magical Amazon is 4.2%.

Magical Amazon is a 5-reel game that is 3 symbols high on reels 2, 3 and 4, with reels 1 and 5 being 4 symbols high. This means that colossal 3x3 symbols can be formed in the middle 3 reels. The game uses traditional paylines with 20 in total, playing from left to right and right to left.

Theme – This slot has a jungle theme. With that you get various symbols that you might associate with that. There are animals and there are a wort of “Tarzan” and “Jane” looking couple.

Wilds – Wilds will substitute for all symbols other than Free Spins and Bonus symbols ad will only appear on reels 2-4.

Free Spins– The Free Spins “Bear” symbols will trigger the Free Spins feature if you can reveal a colossal 3x3 symbol on the middle reels. This is only available during the base game. You will be given 10 Free Spins.

Buy Now Feature – At any point you can pay to play the Free Spins, at a cost of 38 times the bet.

Magical Amazon is the latest in the Spinomenal series of Colossal symbol related slots. Just like Colossus Kingdom, released last year, this one is all about those middle three reels and in many ways it is very similar to that slot. There are, however, a few differences. Magical Amazon plays over the same number of paylines but in this instance they play in both directions. There is also a pay to play feature that is much less expensive than many other pay to play examples I have seen. The house edge is also lower, which means that it everything I liked about Colossus Kingdom; the Free Spins, the Bonus, the gamble option, the mystery symbol and the nudge feature: and it also comes with some significant improvements.