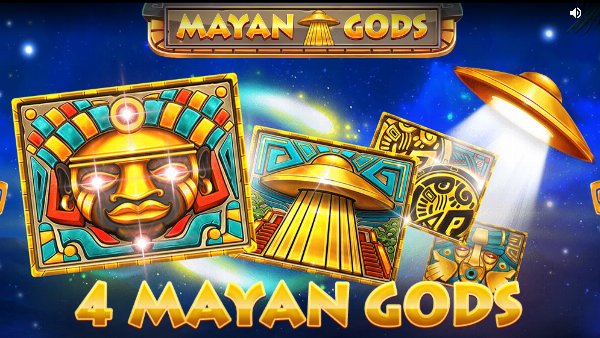 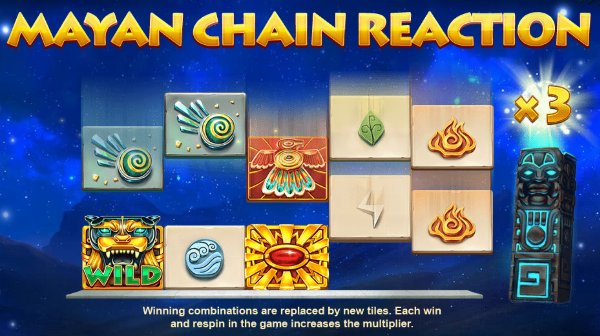 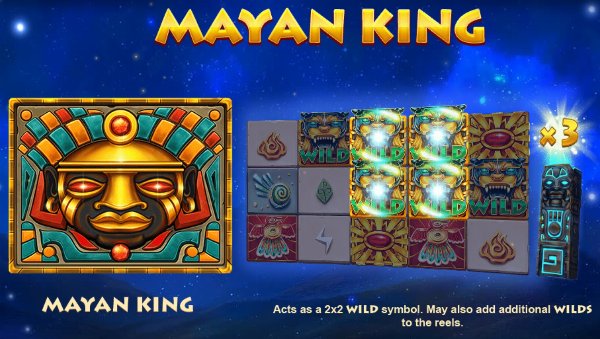 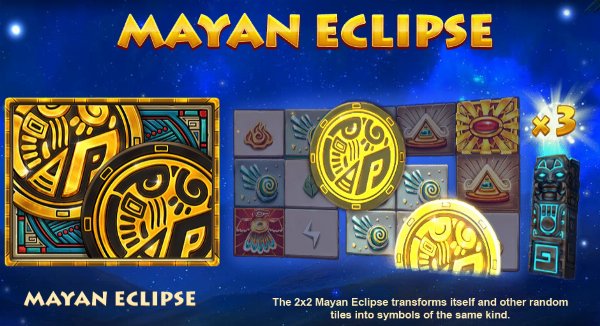 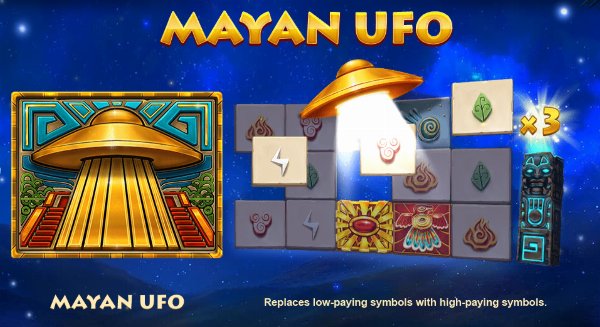 The Mayan Gods game can be found at casinos offering Red Tiger software. Red Tiger is a relatively new software developer in the online gaming market, having only been in operation since 2014. Red Tiger focus primarily on slots games but do offer a few table games, albeit a very limited range of them. In compliance with UK gaming legislation, Red Tiger publish the RTP/House Edge information for their slots games within their pay tables. As such, we can say that the House Edge for Mayan Gods is 3.89%.

Mayan Gods is a 5 reel game that is 3 symbols high. The game uses 20 paylines, playing from left to right.

Mayan King – If the Mayan King feature is activated then a 2x2 Wild symbol will be added to the reels. This is a random feature and can happen at any point during your spins. There is also the chance that additional Wild symbols will also be added along with the 2x2 mega symbol.

Mayan UFO – If a Mayan UFO appears above the reels then it will turn all low paying symbols into high paying symbols. The feature is randomly activated.

Mayan Shaman – The Mayan Shaman is a randomly activated feature that sees a bet multiplier added to a win before all symbols are destroyed and a re-spin is awarded.

Mayan Gods sees you try to harness the power of 4 of the ancient gods in an attempt to triggered lots of different features. The game looks OK, nothing extraordinary but is a long way from being an eyesore too. In fact, the symbols are clearly simplistic by designed, in an effort to mirror the style that the Mayans would have used. You don’t get free spins or a bonus in this game, which is quite disappointing but there are a lot of other features that might just make up of it. The chain reaction is essentially cascading symbols, which gives you that extra twist for every win you manage to land. Then there are 4 random features all offering some additional game play and excitement. The house edge is readable, making this a game that we would recommend.