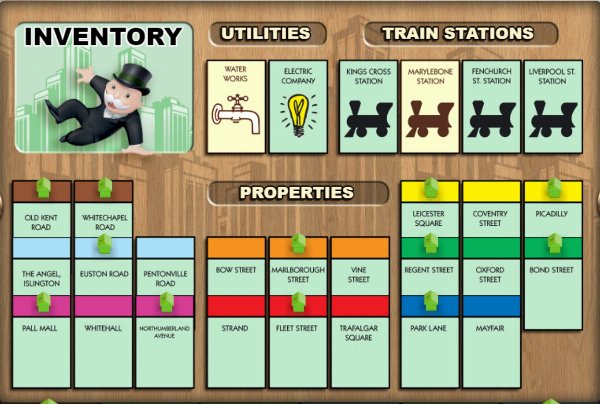 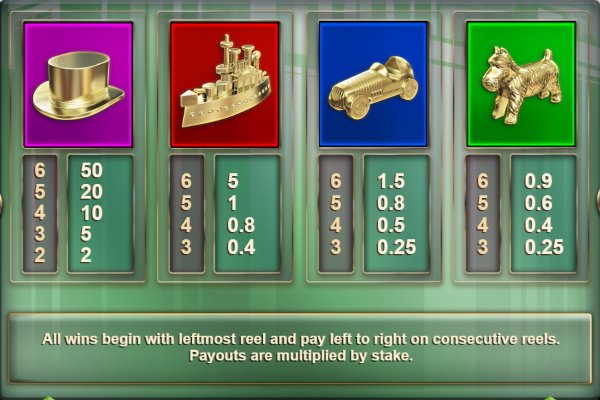 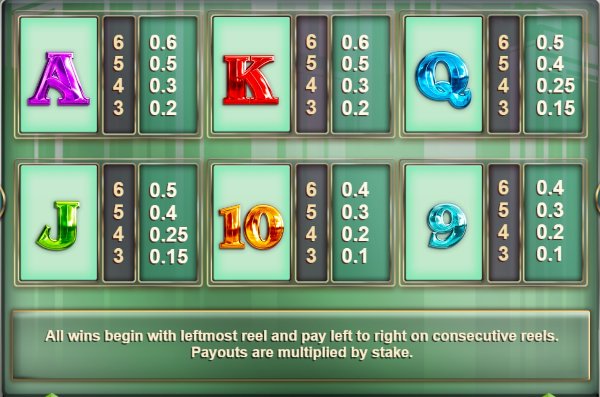 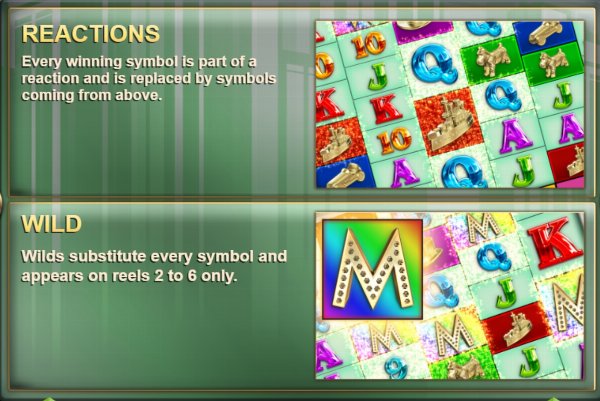 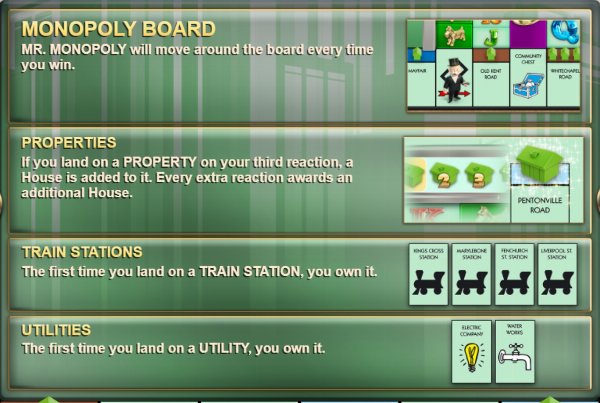 The Monopoly Megaways slot game can be found at casinos using Big Time Gaming software. Big Time Gaming is one of the newer software developers in the online gaming market. Alongside many of the smaller casino software providers Big Time Gaming focus exclusively on Slot Games. The company was founded by two individuals who reportedly were involved in the early days of New Tech Media that (via various sales and takeovers) ended up being part of OpenBet. Big Time Gaming publish the slots house edge information of all their games as standard. As such we can say that the House Edge of Monopoly Megaways is 3.5%.

Monopoly Megaways is a 6 reel slot with reels that vary in height. The number of symbols that make up a reel can change at random, with the potential for each reel to contain 7 symbols. The game does not use traditional paylines, instead it operates with a maximum of 117,649 different possible “megaways”, playing from left to right.

Avalanches – Every time you form a win the symbols involved will disappear, existing symbols will drop down into those places and new symbols will be added at the top of the reels. Win again and the process will repeat and will continue doing so as long as you keep landing wins.

Monopoly Board – As you land wins on the main reels the Monopoly character at the bottom of the reels will move along the board. As he does so he can pick up Houses, Utilities, Train Stations, Chance Cards and Community Chest Cards, all of which will be explained below:

Houses – You need to collect 5 Houses to trigger the Free Spins feature. You will be awarded 8 Free Spins and every House you land beyond the 5 will add an additional 1 spin. If you land a house on your third winning cascade then every win after that will land you a house.

Utilities – Every time you land on a Utility that you own during the Free Spins you will increase the win multiplier by either 1 or 2 as long as you own them both.

Chance – Every time you land a Chance Card you will either be taken to a random property with a chance of landing up to 3 houses, have a spin at maximum Megaways or you will be awarded 5 Free Spins.

Go – Every Time you land on Go, your next spin will be played at maximum Megaways.

Wild – The Wild symbol will substitute for all other symbols except Scatters. Wilds can appear on all reels except reel 1.

Monopoly Megaways sees two franchise team up in a slot that offers much more than the average fruit machine. You get the usual combination of Free Spins and Wilds but when you add to that the inclusion of the Monopoly board you have a slot that does things you simply won’t experience in most casino games. All your favourite elements from the board game are here in a slot that is offering excellent value for money.