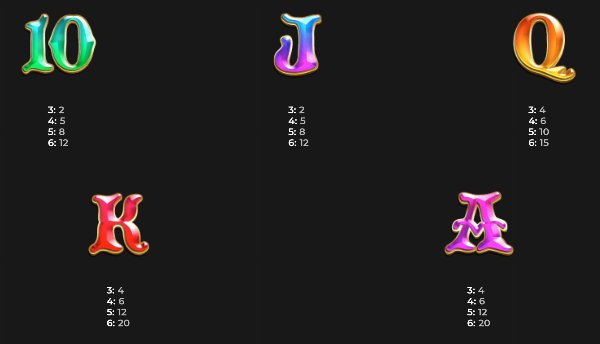 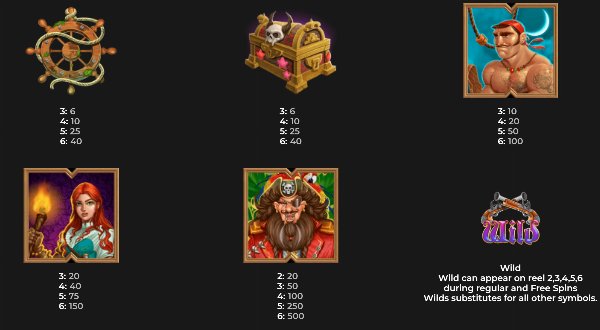 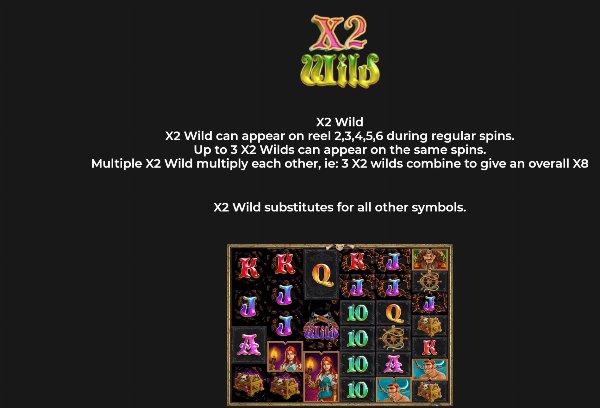 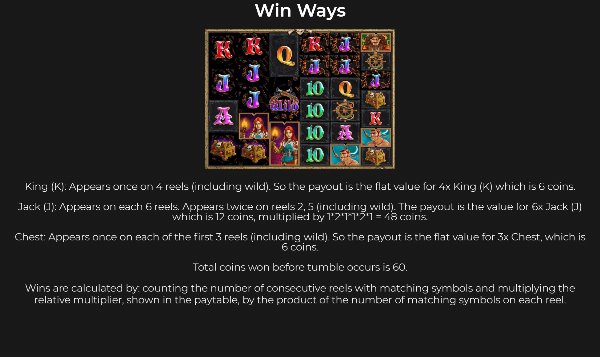 The Pirate Kingdom Megaways slot game can be found at casinos offering Iron Dog software. Iron Dog are one of the smaller software providers currently on the market, but the appear to be a subsidiary of the far larger and better established 1x2Gaming. They do not offer a full casino platform, but primarily seem to be used as a bolt on package for extra slots games. Iron Dog do publish the Return to Player (RTP)/House Edge information for their slots games within the game paytable. As such we know that the house edge for Pirate Kingdom Megaways is 3.76%.

Tumbles – You form wins in Pirate Kingdom when you land matching symbols of 3 or more across adjacent reels. This means that there are no paylines and the most you can land in a combination is 6, as there are only 6 reels. Each time you land a winning combination, the symbols involved will disappear off the reels and will then be replaced by new symbols after the remaining ones have dropped down into the missing places, essentially providing you with a respin.

– The theme for this slot is, as the title would suggest, pirates. The pictures and symbols on display are serious enough to suggest that this is a slot depicting adventure on the high seas, which regularly exploding cannons, floating barrels and a host of characters that look as though they mean business.

Wild – The Wild symbol will substitute for all paying symbols, automatically doing so for the highest paying option. Wilds will only appear on reels 2-6.

x2 Wild – Up to 3 x2 Wild symbols can appear on the reels during the regular spins. They can appear on reels 2-6 and work in the same way as standard Wilds, except they will multiply wins they help to form by 2.

Free Spins – After you manage 4 tumbles in a row you will be awarded 8 Free Spin and for every tumble above that 4 you will gain an additional 2 Free Spins, up to a maximum of 14. During the feature, once you have landed a set of 7 symbols on one reel, that reel will remain that size for the duration of the spins. When this happens a multiplier will be added to your wins, which will increase by one with every subsequent locked reel. On the last spin locking reels will award 1 additional spin, that can re-trigger if it happens again.

Pirate Kingdom Megaways might be an Iron Dog slot but there is more than just a hint of Big Time Gaming about this one. The Big Time Gaming logo appears as the game starts up and once those reels have started spinning the influence is obvious. The Megaways are a Big Time Gaming thing, shifting the size of reels with each spin, meaning you never quite know how many paylines you will be playing across. You get 2 types of Wilds and you get Free Spins, in what must be considered one of Iron Dog’s best looking releases to date. The house edge is reasonable and if this is a sign of things to come then the quality on offer from Iron Dog could be on the up.