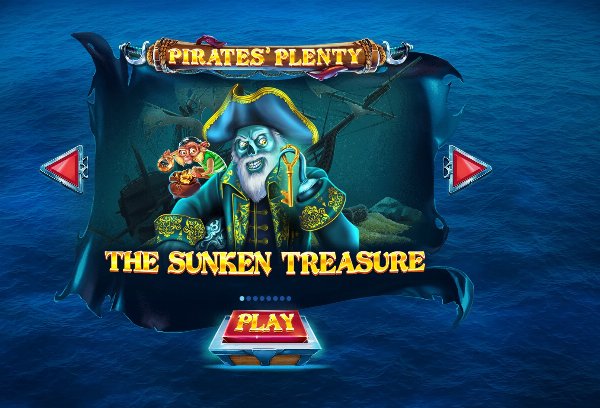 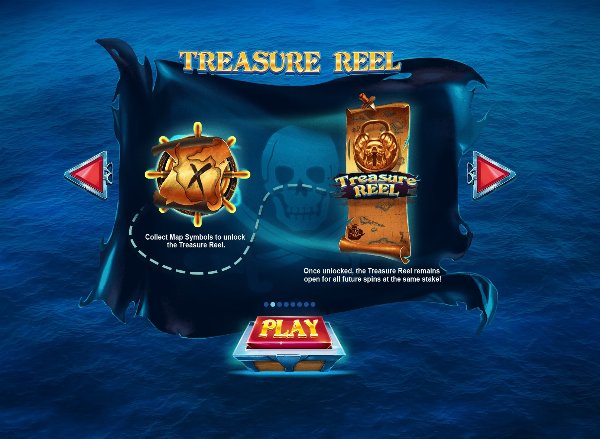 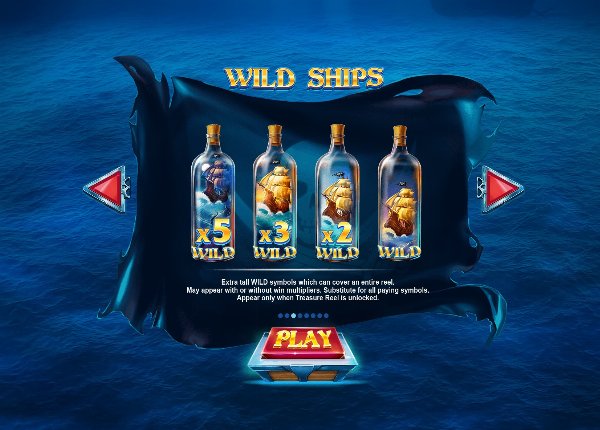 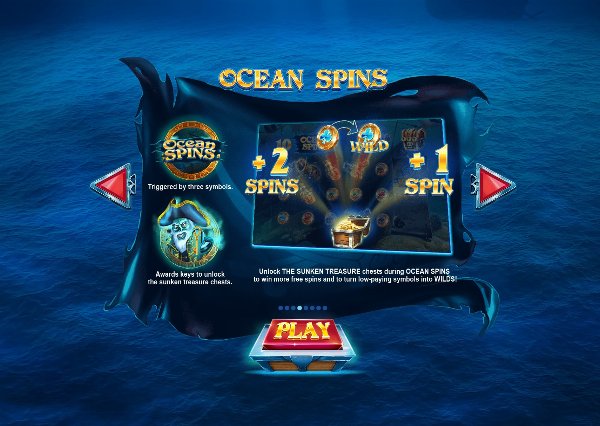 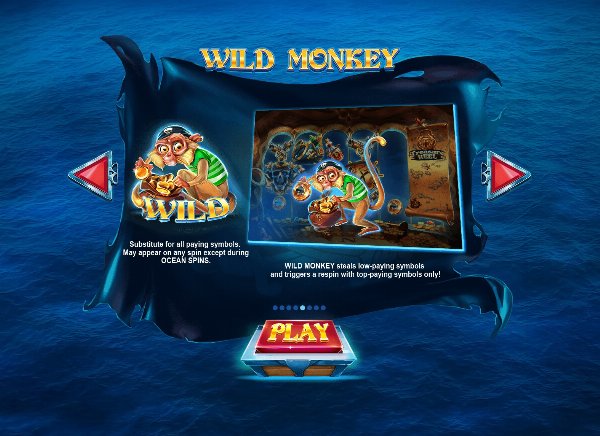 The Pirates’ Plenty game can be found at casinos offering Red Tiger software. Red Tiger is a relatively new software developer in the online gaming market, having only been in operation since 2014. Red Tiger focus primarily on slots games but do offer a few table games, albeit a very limited range of them. In compliance with UK gaming legislation, Red Tiger publish the RTP/House Edge information for their slots games within their pay tables. As such, we can say that the House Edge for Pirates’ Plenty is 3.88%.

Pirates’ Plenty is a 5 reel game that is 3 symbols high. The game uses 20 paylines, playing from left to right.

6th Reel – At the right-hand side of the reels there is a sixth reel that begins the game covered by a treasure map. The 6th reel can be unlocked by collecting Map Symbols. For each one that you collect you will move one space along the map. Once you have reached the end of the map you will unlock the 6th reel, which will remain in play for the remainder of your session.

Free Spins – The “Ocean Spins” symbol is the game’s Free Spins symbol. 3 or more of them on a single spin, regardless of paylines will activate 10 Free Spins.

Wild Ships – Wild Ships are ships inside bottles that are 3 symbols high. They appear on the reels at random and when they do, they act as wilds and can come with a multiplier, up to 5 times the bet. They can only appear when the 6th reel has been triggered.

Ocean Spins – Once you have triggered the 10 Free Spins by landing 3 or more of the “Ocean Spins” symbols on a single spin you will see that there are 3 sunken treasure chests at the top of the reels. To unlock them you need keys, which you get 1 of each time the “Ghost Captain” symbol appears. Each chest needs 3 keys before they can be opened. Each fully chest turns one or more low-paying symbols into Wilds for all remaining Free Spins. In addition, each fully unlocked chest also awards 1 or 2 additional Free Spins.

Ocean Ships Wilds – The Wild Monkey symbol is not available during the Free Spins feature. However, 4 additional Wilds are, each one represented by a different playing card symbols. All the wilds substitute for all standard paying symbols and will pay out in combinations of 5 or 6 for 400 or 1000 times the bet, respectively.

Pirates’ Plenty is a stunning looking game. This is Red Tiger pulling out all of the stops, not just visually but also in terms of the features that are available. The whole lot are here; Free Spins, Bonus Feature and Wilds. Of course, the Wilds aren’t just wilds, they also add additional high paying symbols. The free spins aren’t just free spins, there is a bonus feature within them. And the reels, well, they are not just the 5 reels that they appear to be. There is a 6th reels for you to unlock to add bigger wins and create more chances to unlock features. Add to that a few random features and you have an absolutely cracking game. The house edge also offers decent value for money, making this a game we would highly recommend you check out at some point.