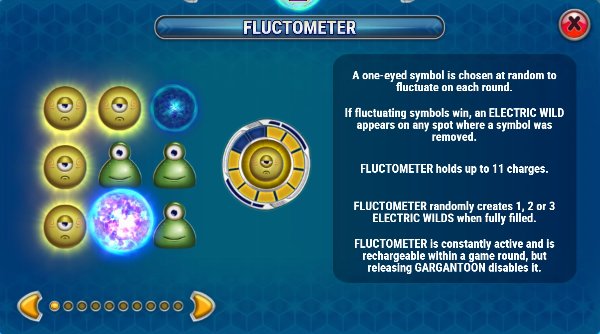 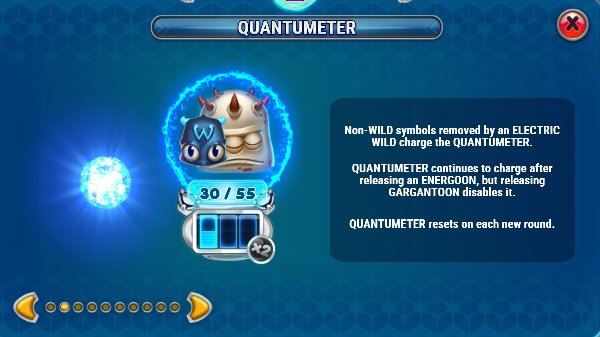 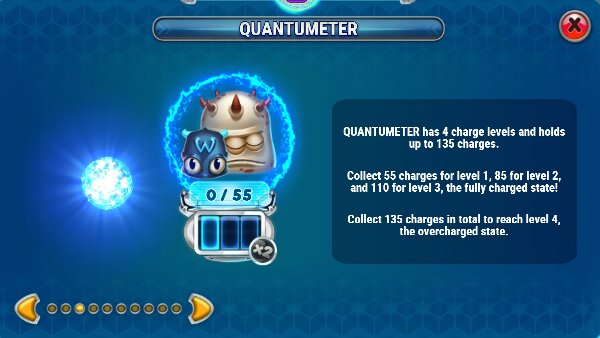 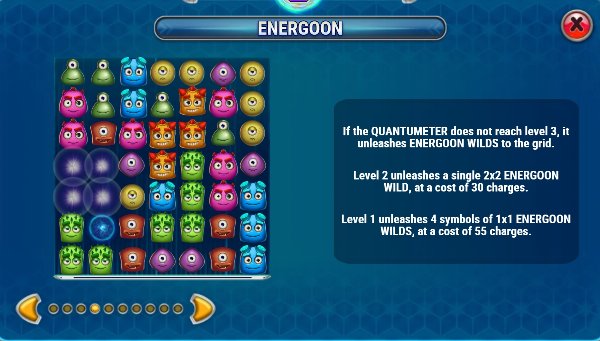 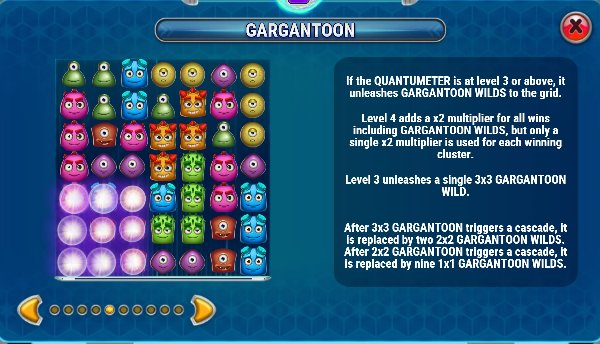 The Reactoonz 2 slot can be found at casinos offering Play ‘n Go software. Play ‘n Go are a growing providers in the industry and have a rapidly expanding portfolio of both slots games and clients. They do offer a full casino platform, but primarily seem to be used as a bolt on package for extra slots games. Play ‘n Go do publish the Return to Player (RTP)/House Edge information for their slots games within the game help files. As such, we know that the house edge for Reactoonz is 3.8%.

The Reactoonz 2 game does not use the standard slots game format. There are no traditional reels or paylines. Instead there is a 7x7 grid of symbols that generates a win when clusters of aliens from the same alien race are formed. Clusters are made up of 5 or more matching aliens that are horizontally or vertically adjacent. When you align a cluster, the aliens that form it will disappear from the screen, leaving space for more symbols to drop down and provide an additional chance to form a cluster. The bigger the cluster, the bigger the payout.

There are a few Wild symbols. Instead of describing them in this section they make more sense when added to the features section.

Fluctometer – The Fluctometer sits on the top right-hand side of the screen and will display one of the Reactoonz symbols on each of your spins. If you manage to land a cluster of those symbols then an Electric Wild symbol will appear on one of the symbol spaces vacated by a disappearing symbol cluster. Once the Fluctometer is full, up to 3 symbols can land in the spaces left behind by symbols from the Fluctometer.

Wild Pair Explosion – This feature will activate if there are 2 or more Electric Wilds left on the grid, after all wins have been established. 2 Electric Wilds are randomly selected, always preferring those that are horizontally or vertically adjacent. A pair of adjacent Electric Wilds will remove all other symbols, except for other Wilds.

Uncharged Wilds – These can land on any spin. They do nothing unless they sit adjacent to winning symbols, at which point they will transform into Electric Wild symbols.

Reactoon 2 is every bit as mind-blowing as the original slot. Reactoonz was one of the slots helped put Play ‘n’ Go on the map and this reanimation of that slot is a timely reminder of just how utterly confusing and enthralling the original was. Despite being a different slot, Reactoonz 2 looks very much like the original. The features are however different, relying on a series of reactions that are slightly different. One thing that is worth noting is that you can trigger many, and I mean many different reactions without winning a huge amount of cash. In other words be careful to check what you are winning and don’t let all those bells and whistles suck you in. Despite that warning I would recommend this slot.