Relic Hunters and the Book of Faith 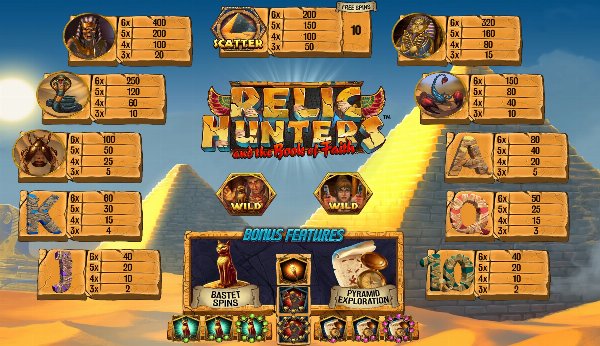 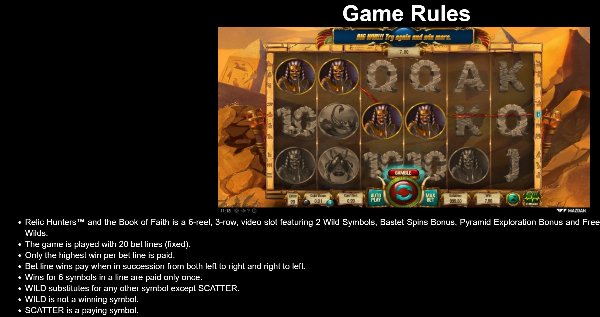 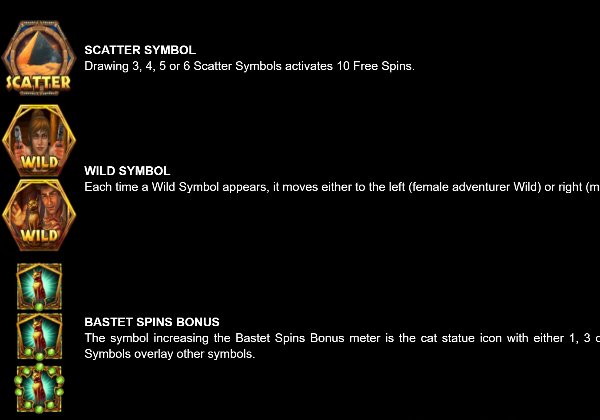 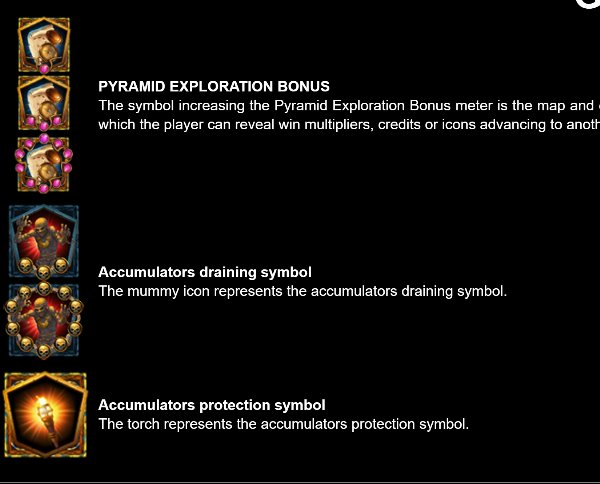 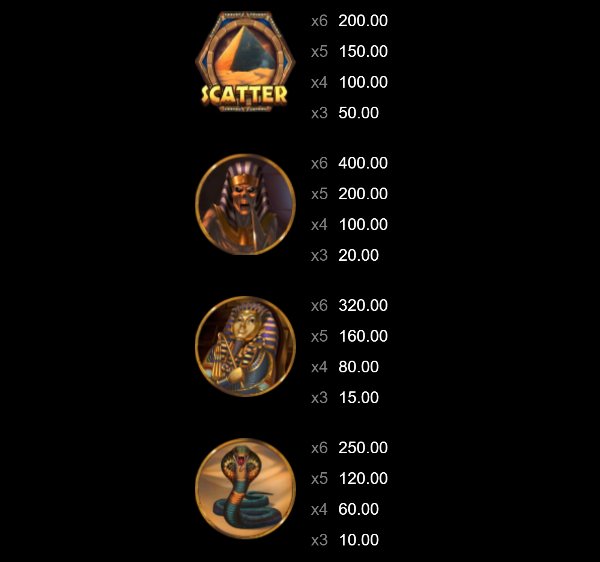 Relic Hunters and the Book of Faith Slot Review

The Relic Hunters and the Book of Faith game can be found at casinos offering Wazdan software. Wazdan is one of the better established software developers in the online gaming market having been in operation since 2010. Unlike many of the smaller casino software providers Wazdan offer a selection of casino table games featuring some of the major table games, with a strong focus on slots games. Wazdan do publish the RTP/House Edge information for their slots games within their games. As such we can say that the House Edge for Relic Hunters and the Book of Faith is 3.63%.

Relic Hunters and the Book of Faith is a 5 reel game that is 3 symbols high. The game uses standard paylines with 20 in total, playing from left to right.

Wild – There are two Wild symbols, a male and a female Relic Hunter. During the base game the two Wild symbols act in the same way and substitute for all symbols other than Scatters. During the Free Spins feature they act a little differently, as both remain on the reels, with the Male symbol moving to the right with each Free Spin and the female symbol moving to the left with each Free Spin.

Scatter/Free Spins – The “Pyramid” is the game’s Scatter symbol. 3 or more of them anywhere on the reels will trigger the game’s Free Spins feature. 3, 4, 5 or 6 will earn you 10 Free Spins.

Bastet Spins Bonus Symbol – The “Cat” is the “Bastet” Spins Bonus symbol. Each time it appears it will come with a number of gems (1, 3 or 10). Those gems are then added to the “Bastet Meter”, which will award 5 Free Spins when you have landed 12 gems.

Free Spins – The most Free Spins that you can earn are 10. During the feature the Scatter symbols and other special symbols do not occur. Before the Free Spins begin a random expanding symbol is chosen. If the symbol lands on 3 reels is expands across the whole reel. The feature also has the previously describe Walking Wilds and cannot be re-triggered.

Bastet Spins Bonus – If you trigger this feature you will be given 5 Free Spins. During the Spins 5 Wilds will be randomly allocated across the reels. No other special symbols are in play during the feature.

Pyramid Exploration Bonus – This is a click and reveal bonus that has 4 levels. You can reveal multipliers, instant wins or icons that take you to the next level, where wins are greater.

Relic Hunters and the Book of Faith is without a doubt Wazdan’s best ever game. There is nothing here not to like and I am hoping that this is a sign of things to come. The game looks fantastic, has tonnes of features and offers excellent value for money. Seriously, there is nothing here for me to criticise, hence the score of 10 out of 10.