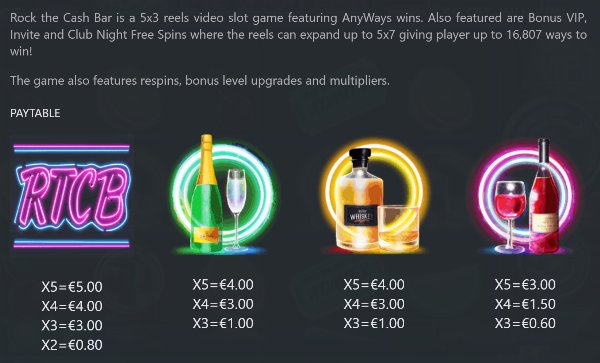 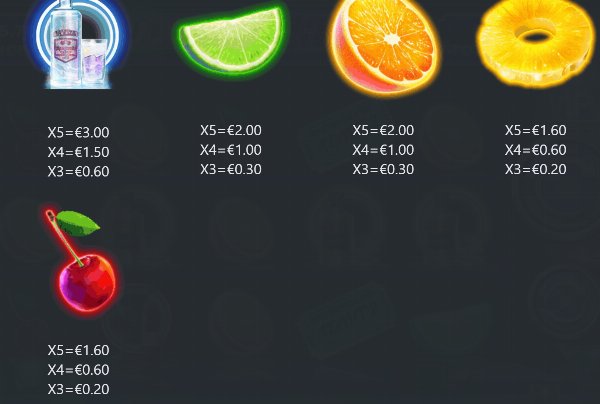 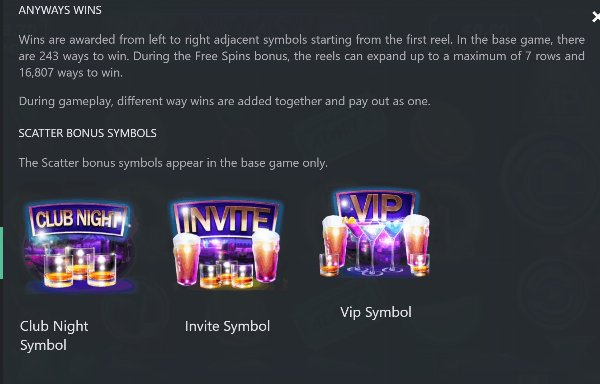 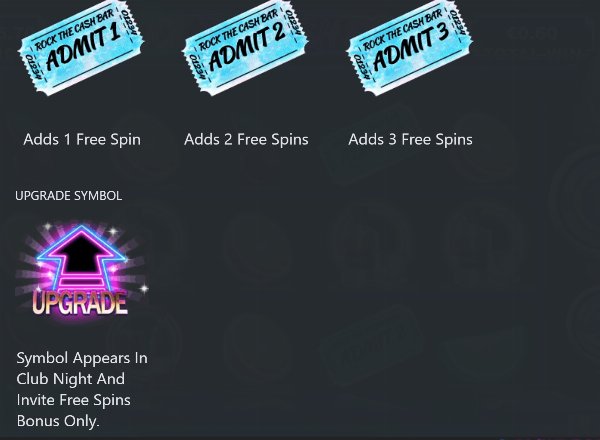 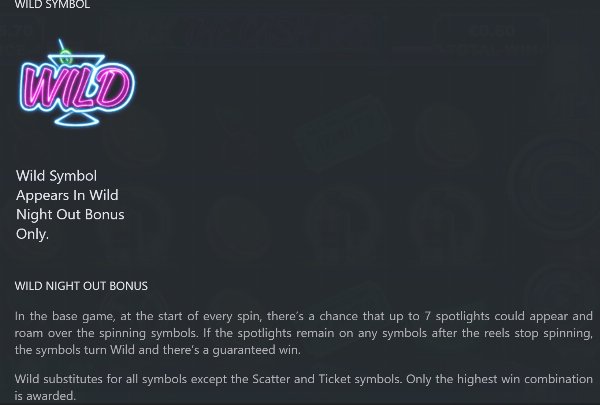 Cherry Pop is a 5 reel slot, with each of the reels containing 3 symbols. Instead of paylines you form wins when you land 3 or more matching symbols across adjacent reels. In the base game the number of ways to win is 243 but if you trigger the Free Spins that can increase to 16,807.

This slot has an 80s theme, specifically based around night clubs and the over exuberant use of neon that accompanied the decade. The Clash song Rock the Cash Bar has been used as inspiration for the theme and version of it plays in the background as you spin the reels.

Wild – The “Neon Cocktail Sign” is the slot’s Wild symbol. It will only appear during the Wild Night Out Bonus feature.

Scatters – There are 3 different Scatter symbols: The “Club Night” Scatter, the “Invite” Scatter and the “VIP” Scatter. Each one of these will trigger their respective features, as long as they land at the same time as a “Ticket” symbol.

Wild Night Out – This is a random feature. It will begin as the reels spin by shining up to 7 spotlights onto the reels. Those lights then have a chance to turn the symbols that land on them into Wild, and will guarantee a win in the process.

Free Spins – The Free Spins come in 3 levels: “Club Night”, “Invite” and “VIP”. The difference between the levels is the size of the multiplier, which can his a maximum of 12x the bet in the “VIP” level and begins at 1x the bet in the base game. Each level as 3 stages and will increase a stage with each win. However, if you land a “Level Up” symbol you will automatically move to the lowest stage on the next level up from where you are. Wins can also trigger respins at random and if they do so they can also increase the size of the reels, up to a maximum of 7 rows in total.