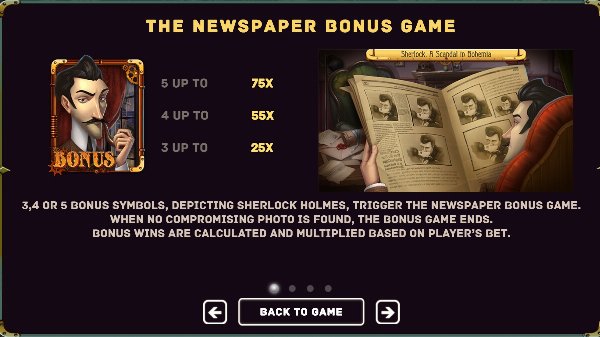 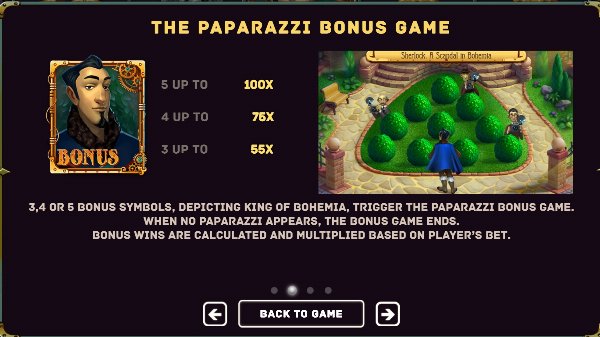 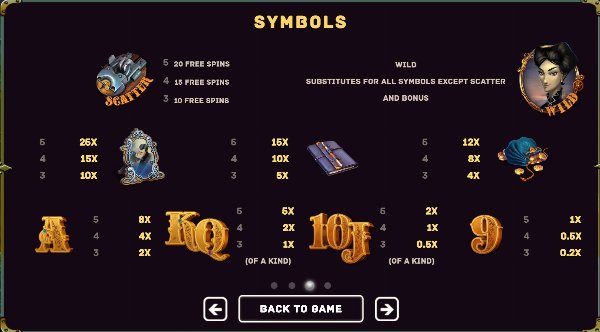 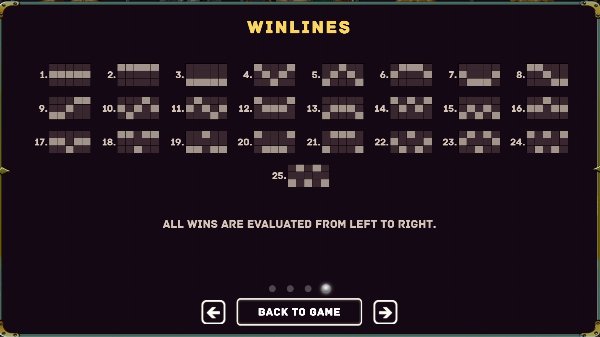 The Sherlock: A Scandal in Bohemia game can be found at casinos offering Tom Horn software. Tom Horn is a relatively new software developer in the online gaming market, having only been in operation since 2016. Tom Horn focus primarily on slots games with no table games as of yet. In compliance with UK gaming legislation, Tom Horn publish the RTP/House Edge information for their slots games within their pay tables. As such, we can say that the House Edge for Sherlock: A Scandal in Bohemia is 4%.

Sherlock: A Scandal in Bohemia is a 5 reel game that is 3 symbols high. The game uses 25 paylines, playing from left to right.

Wilds – The “Female” is the game’s Wild symbol. Wilds substitute for all symbols, except scatters and bonus symbols.

Bonus – There are 2 Bonus symbols: the “Sherlock Holmes” Bonus symbols and the “King of Bohemia” symbol. Three or more of either of them will trigger their respective bonus features.

Free Spins – You trigger 10, 15 or 20 Free Spins by landing 3, 4 or 5 Free Spins symbols respectively anywhere on the reels on a single spin. The Free Spins cannot be re-triggered and the amount you can win on the feature is limited to the amount set by the operator. If that limit is met the feature will end before all Free Spins have been completed.

The Paparazzi Bonus Game - The Paparazzi Bonus Game is triggered when 3, 4 or 5 of the “King of Bohemia” symbols are revealed on a single spin. The feature is played out over 4 levels. Each level has a number of different options from you to choose from, with those numbers reducing as you move up levels. Level 1 has 4 options, level 2 has 3 options, level 3 has 2 and level 4 has only 1 option. All wins as added together and if you reveal a Paparazzi, the Bonus Game ends. The game cannot be triggered during the Free Spins feature.

The Newspaper Bonus - The Newspaper Bonus Game is triggered, when 3,4 or 5 of the “Sherlock Holmes” Bonus symbols appear in any position on the reels. The Bonus Game features only one level which offers 6 options to choose from. Each option will award you with a cash prize and the feature ends when one of the pictures you reveal turns out to be a compromising one.

Sherlock: Scandal in Bohemia is a fantastic looking game. The symbols are all well designed, as are the reels and the background they sit in front of. What I like most about this game is the narrative that it has been given and how all of the bonus features fit it so well. You get free spins and wilds along with 2 bonus features, each one linked really well to the Sherlock Holmes story. The house edge is a little higher than we would have hoped for but is still good enough for us to recommend this game.