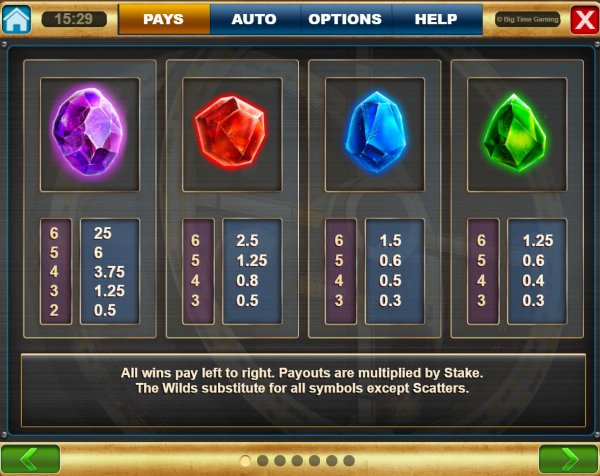 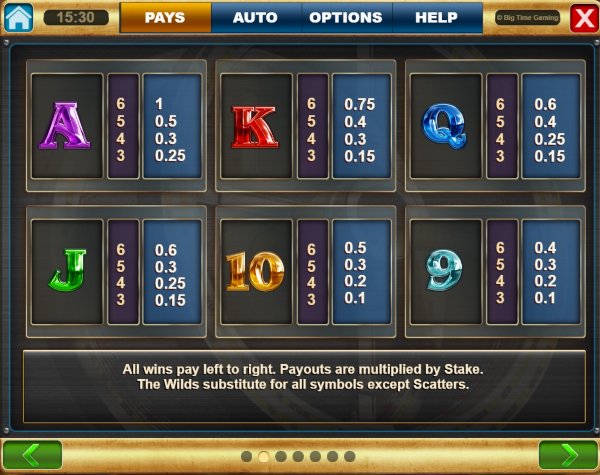 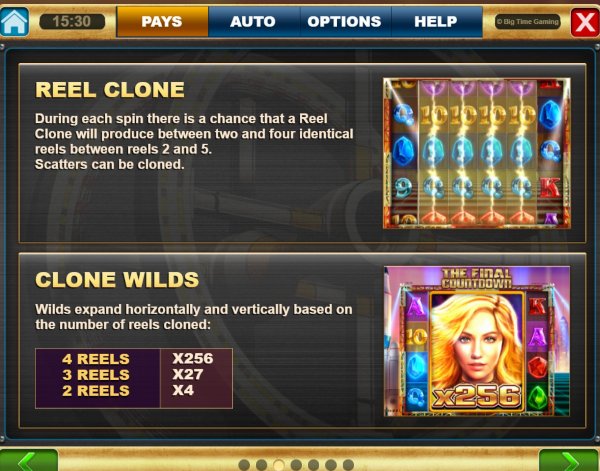 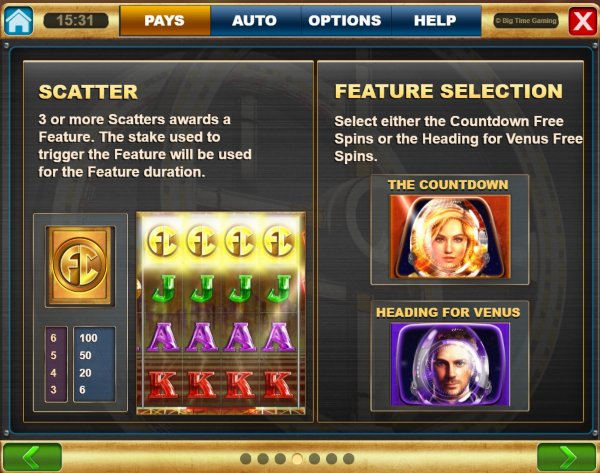 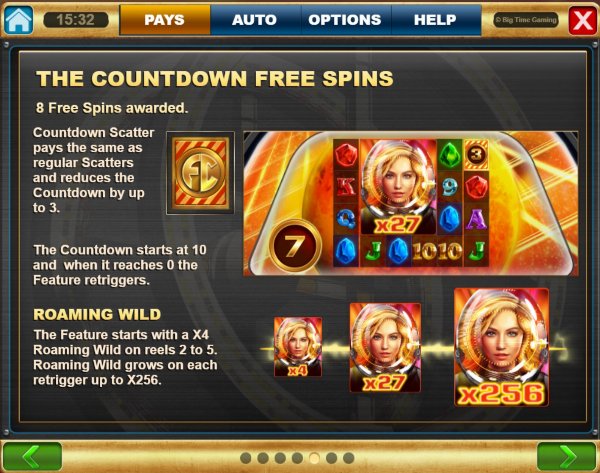 The Final Countdown slots game can be found at casinos using Big Time Gaming software. Big Time Gaming is one of the newer software developers in the online gaming market. Alongside many of the smaller casino software providers Big Time Gaming focus exclusively on Slot Games. The company was founded by two individuals who reportedly were involved in the early days of New Tech Media that (via various sales and takeovers) ended up being part of OpenBet. Big Time Gaming publish the slots house edge information of all their games as standard. As such we can say that the House Edge of The Final Countdown is between 3.35% and 3.44%.

The Final Countdown is a 6 reel slots game with each reel 4 symbols high. The game does not use traditional paylines, instead you form wins by landing combinations of 2 or more identical symbols across the reels, starting from the leftmost reel.

Wild – The Wild symbol is either the male or the female astronaut and will substitute for all other symbols.

Scatter – The gold “Final Countdown” symbol is the game’s Scatter. 3 or more of them anywhere on the reels will trigger which ever one of the two Bonus Features you decide to play. You must choose between “The Countdown” and “Heading for Venus”.

Reel Clone – During each spin there is a random chance that between 2 and 4 reels will become clones of each other. This can only happen between reels 2 to 5.

Clone Wilds – There is a chance that Wild symbols will clone between reels 2 and 5, with the potential for Wild symbols filling 4 full reels for 256 times the bet.

The Final Countdown is based around the famous 80s power rock song that, for those of a certain age, is ingrained on our consciousness. Getting to actually hear the song is not as easy as you might think. You need the 3 Scatter symbols, something that does not seem to happen every often. The game has a very similar look and feel to it as the previous Big Time Gaming release, Holy Diver, which was also based on a song from that era and also needed the Free Spins to be activated before you got to hear it. The cloned reels are a nice touch, adding something extra to most spins and the Free Spins, if you can get them to activate are good, especially as you get to choose between two different options. The house edge is very good, making this a game we would recommend.