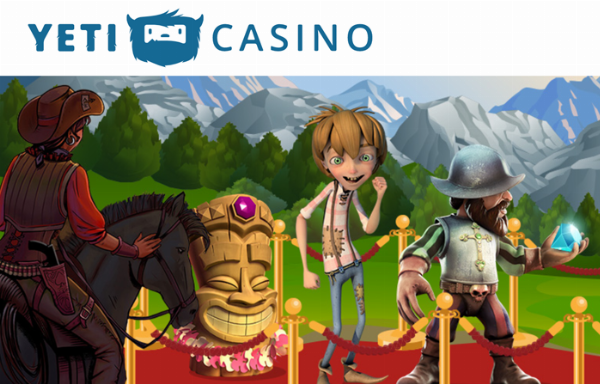 If you like choice, and if you if you like playing video slots, then I can promise that you will get both of these over at Yeti Casino.

The sheer number of slots that they have waiting for fans of this particular casino game is astounding, to the extent that you will be hard pushed not to find a title that you are looking for.

Old and new slots fill their casinos but for those who don’t know where to start, maybe some advice about which ones are the best to play might be needed.

The first thing we’ll do is narrow that overwhelming selection down to just slots that come with a recognised brand. Slots that you are already in some way familiar with.

Computer Games, bands, TV shows and movies are the usual suspects and with the list we’ve complied we decided to keep things as varied as possible and included at least one of each of those categories listed above.

Add to this the fact that all the titles included in this best of were awarded at least an 8 out of 10 from us when they were originally reviewed. There are old and there are new slots and they have all be brought to us through a variety of different software providers.

Whilst there are lots we could have included, and there will be some notable exclusions, we wanted a varied list, and most importantly, we wanted it to be fun, exciting and consist of just 5 slots, so that you can take the time to play each of them properly. 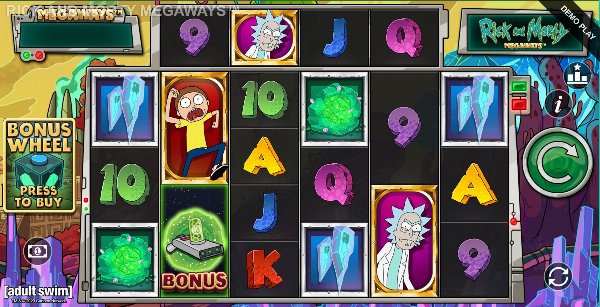 You don’t have to be a fan of Adult Swim’s cult hit, Rick and Morty, but I have no doubt that if you do like the show that and you do like slots that you are going to like this one. As I’m sure you can imagine Rick and Morty Megaways looks exactly the same as the TV show and taps into a few key episodes to bring us some brilliantly designed Free Spins. This is a Megaways slot, so you have that excitement alone to keep you engaged, plus a Buy Now feature that is not available in all regions. This one comes with a very competitive house edge, rounding off a slot that hits all the high notes. When it was first released earlier in 2020 we awarded this Blueprint Gaming slot the very rarely seen full 10 out of 10. It literally doesn’t get any better than this. 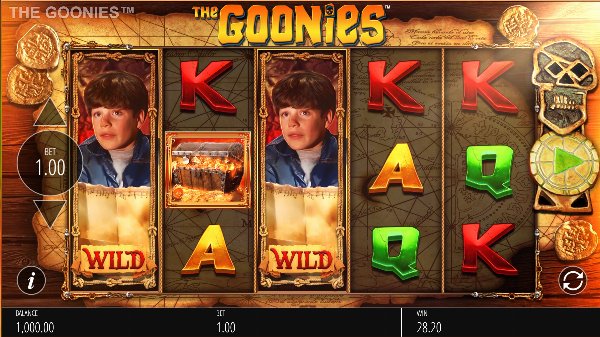 We are going to stick around with BluePrint Gaming for this next one. The Goonies slot is another 10 out of 10 from us and to be honest we like it for many of the same reasons that we like the Rick and Morty slot. Again, is you like slots and you like The Goonies (I mean, who doesn’t, right?) then you have to like this one. There is so much going on here, with 6 bonus features, 6 random features and all the characters from the film making their way onto the reels. Add to this a whole host of catchphrases and you have a slot that is a completely immersive experience. 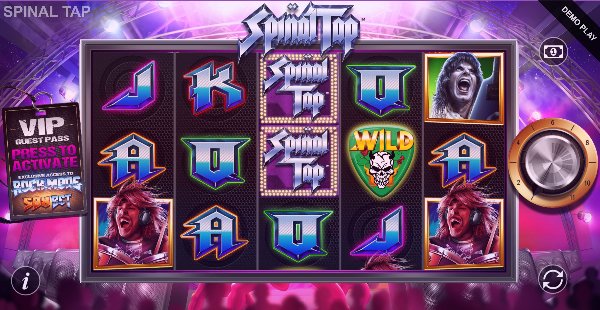 We’re are going to stick with film but throw a dash of cringeworthy overtop stadium rock for some good measure. Spinal Tap, the spoof fly-on-the-wall documentary released back in 1984 has its own slot and it has been turned all the way up to 11.

The Spinal Tap slot is just as much of a triumph as the film was when it hit our screens back in 1984. With this Blueprint Gaming slot you get all sorts of features. 4 different types of Free Spins, bonus features and more all wait for you here. The house edge is good too, but you might want to lay off the VIP Ticket, which costs an awful lot to trigger and should only be considered by those who can afford to lose huge sums of cash in a few clicks of a button.

As we leave behind the impressive cast of Blueprint Gaming slots we take a stroll down memory lane to find ourselves a slot that is both an oldie and a goodie. When the Jurassic Park slot was released Microgaming were entering a classic era for branded slots, with a Terminator 2 slot hot of the press just a matter of months before this one. You have a Free Spins game that comes with 5 different possibilities. Add to that the exciting T-Rex Mode feature and a competitive house edge and you have a classic branded slot. 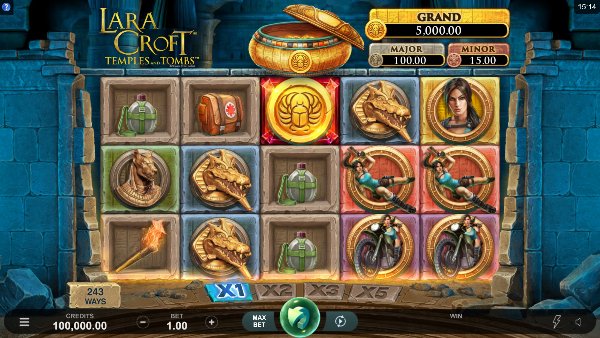 We had to include this slot, because, not only is it really good, but we really need a computer game on this list. Film, TV and music have been covered but computer games are where it is at these days and we wanted to reflect that and include one in this list. What I liked most about the Lara Croft: Temples and Tombs slot are the little touches. There might not be as many game defining features as some of the other slots on this list but every feature that it does have comes with a kicker of some sort that elevates what can be won and, as such makes each feature that little bit more exciting.

There you have it. Our very list of the best branded slots that can be played at Yeti Casinos. It is worth pointing out that there are many more slots that could have filled our list and if you do head there you are bound to find something that we should have included.

You can check out our Yeti Casino reviews here.