bCasino.co.uk – A UK licensed operator with ties to the black market?

For ThePOGG.com one UKGC licensee stands out like a sore thumb – bCasino.co.uk – due to what we feel are highly questionable connections to one of the worst rogues, and violators of UK law, in the industry.

Every time we look at this operator we find new threads tying them to the Game Tech Group. This particular organisation is far and away one of the worst rogue operators in the market. From having been caught running pirated software to terms and conditions that contravene EU Consumer Law, from predatory Responsible Gambling practices through to mismanagement of complaints (alongside one of the highest complaint volumes that this service sees), the operators associated with this organisation are simply toxic.

It should also be point out that in terms of rogue unlicensed operators continuing to accept UK traffic, the Game Tech Group and associated operators are easily amongst the worst offenders (again based on the complaint volumes we see).

With new evidence come to light today of connections between bCasino.co.uk and the Game Tech Group it seems an appropriate juncture to summarise the various ways these organisations have been tied together before we go on to our new findings.

bCasino are owned by “GS Technology Limited”. The ‘GS’ abbreviation bears a striking similarity to GameScale software which we have previouslyonly found being offered by Game Tech Group associated properties and is frequently abbreviated to ‘GS’ - see https://thepogg.com/the-lernaean-hydra-game-tech-group-nv-take-on-new-names/#GameScale.

By itself this would not even be a notable coincidence, but with what is to follow we are sure readers will see this as pertinent. 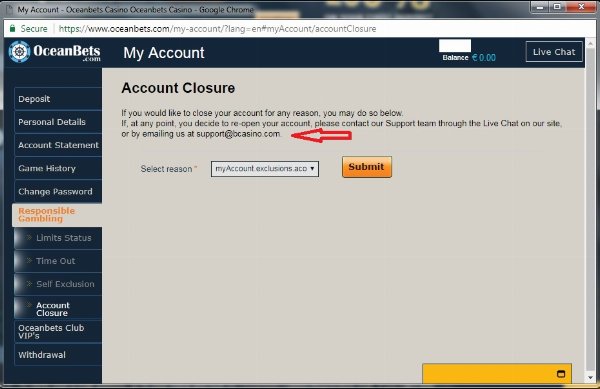 The only real question mark over the legitimacy of concluding that bCasino.co.uk was being operated by the same people as OceanBets.com is that the email address ended ‘.com’ rather than ‘.co.uk’. Despite the same branding in the url these are different domains. At the time when the above screen shot was taken, bCasino.com was not online.

It is also worth noting that individuals involved in the management of OceanBets.com were also identified setting up a now defunct UKGC licensed white label operation – JoReels. You can read more about this here - https://thepogg.com/affiliate-manager-or-owner-the-joreelswolf-affiliates-connection/ - so there is clear indications that individuals associated with the extended Game Tech Group operations were actively trying to gain a licensed UK property.

Some time recently (it seems likely in the first half of 2019), the bCasino.com domain came online. It lists a different company to bCasino.co.uk as owner – Green Feather Online Limited – but uses identical branding and site design to bCasino.co.uk:

So, at this stage we can legitimately conclude one of three things has occurred:

ii) The owners of bCasino.co.uk chose to acquire the bCasino.com domain from the people running OceanBets.com since the above screen shot was taken and set up an identical site to their own for non-UK markets on this domain. This would for many people be incriminating and fuel the fire of speculation that they were connected to the team behind OceanBets.com.

iii) The people who own bCasino.com – who are a locatable company in Malta - decided to set up not only a domain that potentially infringes on the bCasino brand but that rips-off the bCasino.co.uk site entirely in design, branding and interface.

Reviewing these options iii) seems very likely to result in swift legal action and ii) would seem to unnecessarily damage a brand. In our opinion i) is the most probable.

And this brings us to the information that has come to light most recently. A poster on our forums highlighted what they felt were likely to be two new Game Tech Group properties despite the sites not listing matching ownership details. Part of what the reasoning that this user gave came from a resource – publicwww.com – which we had not come across before.

This site allows you to search the web for matching code strings in the programming code. In this case our poster had searched for “GS_doBannerAction”, a piece of code (note the ‘GS’ reference) found on one of the two sites. What was returned was a long list of almost entirely Game Tech Group associated properties. This strongly supports the user's conclusion that the site that had found were indeed associated with the Game Tech Group. For the purposes of this article however, we were interested in something else.

Having purchased a pro level subscription for publicwww.com we can show the full list of 180 domains where this section of code appeared:

What is specifically interesting about this list is of the 180 results returned, 174 (96.7%) are either domains known to be run by Game Tech Group or companies known to be associated with this group (Alpha Interactive Solutions, Equinox Dynamic NV and Topia Solutions) or are clear and obvious variations of these domains.

Of the 174 sites that we know to be variants on Game Tech Group associated properties, we can confirm via our complaint service that many (if not all) of them are accepting UK players without a license. In fact, four of the domain variants specifically have been modified to include 'uk'.

That leaves 6 domains falling outside of this description. Given the near exclusivity of entries on this extensive list being tied to Game Tech Group associated properties it seems more than fair to conclude that the remaining entries are also very likely to be Game Tech Group associated but you can find further evaluation of these domains here. Two of these six properties are bCasino.co.uk and bCasino.com.

In the case of the bCasino.co.uk, when this information is viewed in conjunction with all of other evidence (matching site and logo at bCasino.com, @bcasino.com email used on Game Tech Group site and ‘GS’ company name), it would seem to stretch the bounds of credulity to conclude that bCasino.co.uk and GS Technology Limited are entirely independent of any association with GameScale and the Game Tech Group. This means that we have a UK licensed operator with demonstratable links to a collective of companies who are amongst the most prolific groups breaching UK law by continuing to accept UK players without a license.