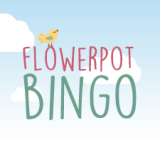 Flowerpot Bingo: Does not accept players from United States

Flowerpot Bingo are part of the Cassava Enterprises (Gibraltar) Limited group otherwise known as 888 Holdings. This group of operators are non-responsive to complaints submitted to this and most other 3rd party dispute mediation services. In 2017 they were also subject to the single largest fine issued by the UKGC due to Responsible Gambling failures.

Flowerpot Bingo are part of the 888 Group. 888 have proven to be unwilling to engage with 3rd party dispute mediation on several occasions over the years. Alongside this they have been known to confiscate player funds citing only vague spirit of the bonus terms.

The extended group of operators that 888 run has been reported to refuse to pay out player winnings if they claim bonuses at multiple properties within their group, but fails to provide players with reasonable information regarding which properties are in their group. This policy also appears to have been applied to gambling protection self-exclusions where checks have not been carried out at registration, only once the player has won. This means that if a player self-excluded from any property in this group, if they sign-up with another property not realising that this property is owned by 888, the player is then in a position where they can lose, but if they win they will not be paid.

In 2017 the 888 Group were handed the largest fine issued to date by the UKGC due to Responsible Gambling failures.

The software that the 888 properties run on - Dragonfish - runs a Baccarat game that we found to mis-advertising the pay out of 2 of the bets on the table. We repeatedly tried to contact this software provider to correct this issue and received no response. In late 2017 - 2 years after we identified this issue - Dragonfish software have corrected their Baccarat table layouts.

Try another casino
Value to Player for:
Bonus Value

The Flowerpot Bingo website states that Neteller withdrawals are paid within 5 days.

Flowerpot Bingo only appear to offer a small selection of Bingo games.

Flowerpot Bingo do not appear to publish the RTP/House Edge figures for their games.

Flowerpot Bingo do not appear to offer any form of comp point program.

The 888 group are unquestionably one of the biggest in the business. Unfortunately, in our opinion, rather than set a positive example for the industry this group has consistently looked to do the bare minimum possible to comply with regulations and looked for loopholes to allow them to extract money from players that they should not have taken. The recent fines for their Responsible Gambling failures are a good example of this. We would advise players to find another operator to play with.

Bingo in the Sun

Bingo in the Sun