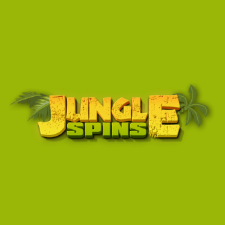 This casino is not recommended!

This operator is NOT recommended by ThePOGG.com. This could be due to a variety of negative behaviours, from refusing to discuss complaints to suspect gambling software or predatory terms and conditions. We would encourage players to consider alternative operators to play with.

Why not try these great operators instead?

– Non-cooperative with the management of player complaints.

Jungle Spins Casino run on the Nektan platform and are dual licensed by the Gibraltar Gambling Commission in Gibraltar and in the United Kingdom by the UKGC - they use IBAS as their alternative dispute resolution service. They provide a limited range of games from NextGen Gaming, Aristocrat, Nektan, IGT, Big Time Gaming, Blueprint, Core Gaming, ELK Studios, Evolution, Extreme Live Gaming, Felt, Foxium, Gamevy, Iron Dog, IWG, Konami, Lightning Box, Merkur, Realistic Games, Red Tiger, Scientific, Microgaming and NetEntertainment. Their site is the typical Nektan design and utilises a colour palette of: gold and differing shades of green. Their logo is their name in gold in green with jungle style leaves poking around the sides.

Below we highlight the terms that players should be aware of when playing with Nektan run properties.

Dormancy Clause - "10.2.1 A reasonable administration fee of £15.00/€15/150kr/$15 per month (or, should the account balance be less than £15.00/€15/150kr/$15, an amount equal to the remaining balance) until the account balance is zero. These charges will be withdrawn from your Account until the earlier of (a) the account balance being reduced to zero or (b) the account being re-activated by the use of your account." - 22/09/2018. While this is a significant improvement over previous dormancy terms offered by this group, £15/month is 3x the industry average charge for the management of dormant accounts and is significantly more than could be considered "reasonable" for the "administration of such accounts, which is minimum.

The Nektan license is non-responsive to player complaints submitted to this service.

The Jungle Spins Welcome bonus currently consists of a bonus of 100% up to £100 plus 10 complimentary spins on Cleopatra.

This bonus has a wagering requirement of 30x(deposit+bonus) for the deposit bonus and 30xwinnings for the complimentary spins.

There is no maximum bet term associated with this bonus.

The maximum allowed win with this bonus, including from the complimentary spins, is 4xbonus.

Bonus and associated winnings will expire after 28 days if the wagering requirements are not completed.

Jungle Spins Casino state that it can take up to 3 days to process a withdrawal.

Jungle Slots do not appear to publish individual RTPs for their games - they do provide payout reports that give a general overview of payouts.

Jungle Spins do not appear to offer a comp points program for their players.

After years of close to zero complaints against Nektan operators, we have seen a flurry of complaints recently and sadly, Nektan has also taken the position that they will not cooperate with this service to resolve complaints. Not recommended.

There are no associated casinos to display.