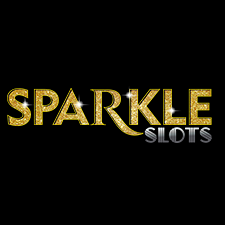 This casino is not recommended!

This operator is NOT recommended by ThePOGG.com. This could be due to a variety of negative behaviours, from refusing to discuss complaints to suspect gambling software or predatory terms and conditions. We would encourage players to consider alternative operators to play with.

Why not try these great operators instead?

– Partially cooperative with the management of player complaints.

– Long delays on payment of withdrawals.

Sparkle Slots Casino are a developing brand dual licensed in Malta by the Malta Gaming Authority and in the United Kingdom by the UKGC. They are a white label casino operating on the Progress Play platform and share the label with almost 70 other casinos - full detail of their sister properties can be found on the Progress Play license page of the UKGC website. They provide a decent range of games - in the region of 350 - from: Microgaming, Net Entertainment, NYX Gaming, NextGen Gaming, Thunderkick, Genesis, ELK Studios, Leander Games, IGaming2go, Big Time Gaming, Chance Interactive, Rabcat, 2by2 Gaming, Wagermill, Lightening Box and Cryptologic. They offer a good selection of slots games, a limited selection of table games, 4 video poker games and 10 jackpot games alongside 15 live casino games for players that prefer such interactions.  Sparkle Slots Casino have a simple website design that is unified by their chosen colour palette of black, gold, silver and white.  Their logo is their brand name in gold glitter style font with sparkle effect.

We do not recommend playing at Sparkle Slots Casino.

As of June 2018 Progress Play have informed us that they will no longer share evidence to support their decisions during the management of player complaints. This is a very disappointing shift in policy and appears to have been instigated by the incoming GDPR policies. However having served as an ADR for multiple regulatory authorities our service is very familiar with the requirements of the GDPR and this presents no barrier to the management of player complaints as long as the proper permissions are obtained from the complainant beforehand. We have continued to to manage complaints for several far larger groups than Progress Play without issue since the GDPR has come into place.

Sparkle Slots do not engage an affiliate program, giving one less avenue of communication if player complaints come in. As such they cannot obtain Recommended status.

The Sparkle Slots Casino Welcome bonus currently consists of a bonus of 100% up to £200.

The minimum deposit that will trigger the bonus is £20.

This bonus has a wagering requirement of 50xbonus for the deposit bonus.

The bonus uses a standard structure where the full balance is locked from the moment of deposit until the wagering requirement has been completed.

There is no maximum win on either the deposit bonus or the complimentary spins.

This bonus is sticky which means that it can never be withdrawn. Once you have completed the wagering requirement the bonus will be removed from your account at the time of your first withdrawal.

Sparkle Slots Casino state on their website that it takes up to 3 business days.

Minimum Withdrawal - £50 for bank transfer and £2.50 for all other methods.

Sparkle Slots Casino give the R.T.P.s for all of their games.

Sparkle Slots Casino do offer a V.I.P. points system but we cannot determine its value - points are accrued at a rate of 1 for every £16 wagered but there is no redemption rate listed on site.

Progress Play are a case of a group that always seems to fall just on the wrong side of the line. As of the second half of 2018 they've agreed with the UKGC to drop their withdrawal limits and dormancy fees - both of which we've highlighted as problematic for a number of years. However, they haven't got rid or the payment restrictions on the Divine Fortune progressive jackpot. Likewise, we have cooperated with this group in the management of player complaints for years now and even while their operators have been Not Recommended we have always managed to ensure that fair rulings were reached. That they have altered this dynamic rather than simply adjusting the protocol to ensure that player complaints are managed appropriately is very disappointing. Until such time as these policies change we cannot recommend players engage with the Progress Play properties.

There are no associated casinos to display.